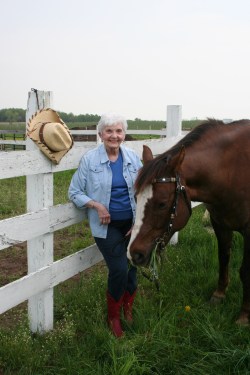 Loralee has always loved reading. Her library card was an important part of her early years and she still enjoys browsing the aisles of books even though she now spends her days (and often late nights) writing more than reading.

A native Texan, she moved to West Michigan as a bride of nineteen and continues to live there near her children, grandchildren and lots of little ones who call her Grandma-Great aka GiGi. She’s never gotten used to cold weather or snow, and doubts she ever will.

Multi-published in contemporary romance since 2005, Loralee continues to write contemporary romances set in Texas where cowboys know how to dance the Texas two-step with their hats on and the women know Western boots look good with anything. If  y’all aren’t fans of George Strait or Lyle Lovett,  you’re probably not a Texan.

Lora Lee is the alter ego of Loralee Lillibridge. I’m guessing you already figured that out, didn’t you? But did you know the two authors write in different genres? Well, they do. Lora Lee writes humorous cozy mysteries that grew out of her over-active imagination about Frankie Lou McMasters, a single mom with a tendency to get in the middle of the local police investigations. By the way, Frankie Lou’s a preacher’s daughter who gained top slot on the gossip party line when she married the town bad boy. Who knew her preacher daddy owned a shotgun?

Divorced now, Frankie Lou and her young daughter, Betsy, are back in Ruby Springs, Texas, where FL hopes to polish her tarnished halo by organizing a youth choir to keep a group of  problem teens off the streets. Finding a body floating in the church baptistry after choir practice one evening doesn’t help her effort toward redemption, at all. Not when the deceased is Poppy Rose Fremont, Frankie Lou’s long time rival and known trouble maker. Frankie Lou’s the only person in the church.

Sometimes, Lora Lee and Loralee Lillibridge get confused and forget who they are, but that’s okay. They’re both Texans and can figure it out most of the time. So will y’all. From now on, they’ll be sharing this website to make them easier to find.

Scroll back to top